2. What technological device are the characters talking about?
a) A digital camera
b) A tablet
c) A mobile phone

3. What is the purpose of this text?
a) To teach people to take care of their phones.
b) To criticize the value people give to their phones.
c) To sell a new kind of phone. 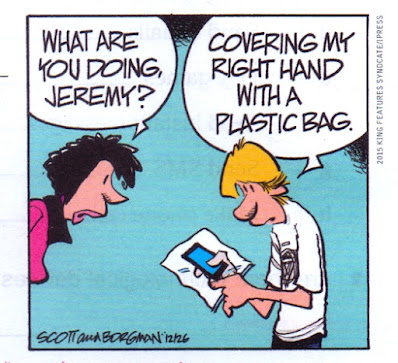 7. Agora leia a tirinha inteira e responda: What is Jeremy doing in the end of the story?